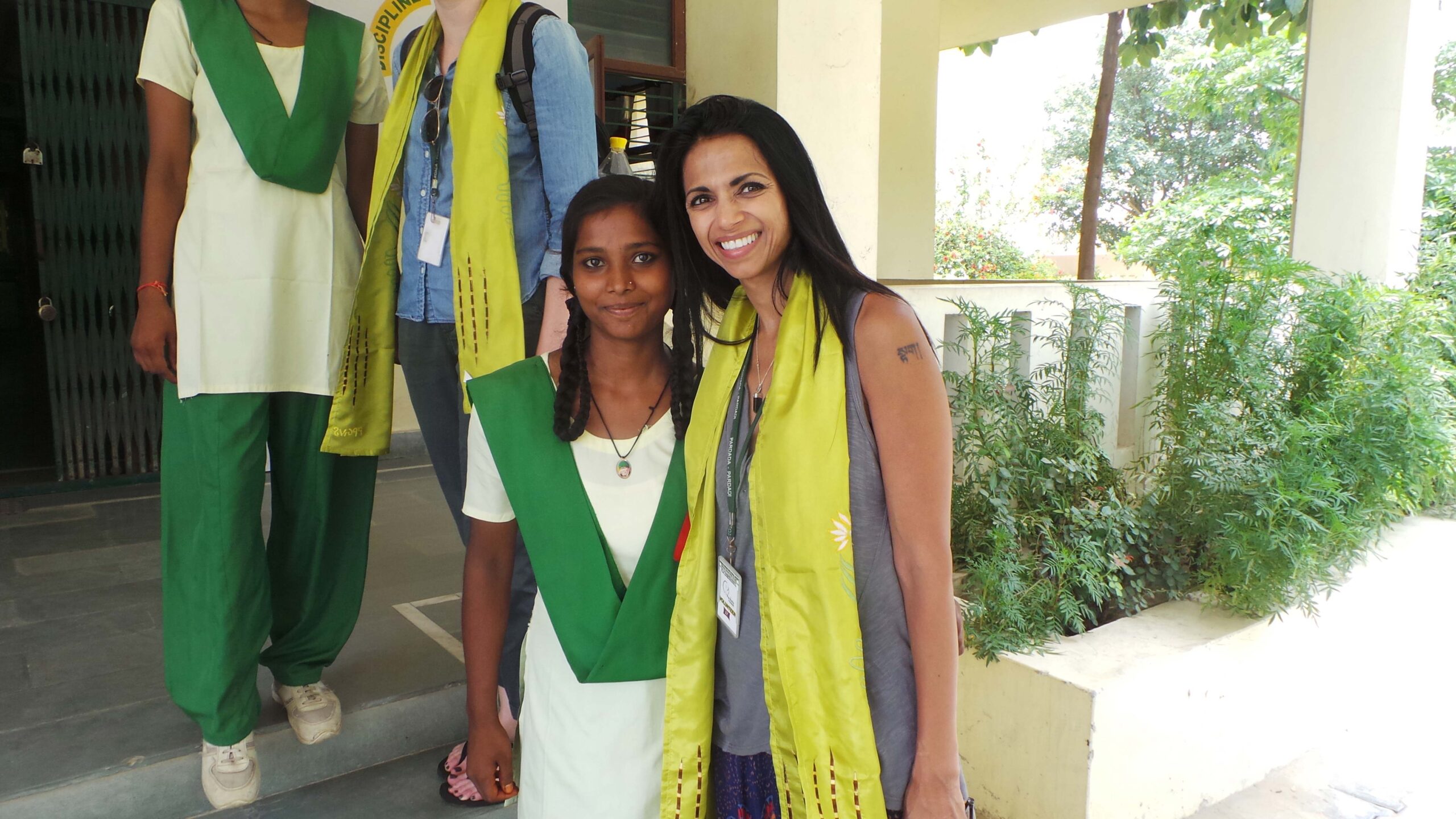 As we drove through the streets of Utter Pradesh, Renuka Gupta, the CEO of Pardada Pardadi Educational Society (PPES), told us a striking story.

During one of her door to door visits in the community, Renuka came across a family. She asked the mother how many children were in the household. The mother responded that she had four children. Seeing five children hiding behind the mother, Renuka asked again. The mother repeated four: the number of sons that she had. Renuka was struck by this.

“It was as if we didn’t even exist!” Renuka stated on the encounter.

In communities like the one in Anupshahar, where PPES is located, the societies are plagued with extreme patriarchal views, and girls grow up believing that their place is in the household and nowhere beyond. However, leaders like Sam Singh recognized that something needed to change. Sam himself grew up in Anupshahar, and returned later in his life with a desire to improve the life of the rural communities like his own. He recognized something that many others failed to: if he wanted to affect a generational change, he would have to go through the women and girls of that community. Thus PPES was born, and for the sixteen years that it has grown and thrived, young female leaders have emerged and already affected societal change.

Upon entering the school, we were greated by three bright-faced young women from Grade 11 whose smiles seemed to radiate the hope and tenacity that we so admired about the school. In the front section of the building, the walls were adorned with motivational quotes such as “Don’t wait for the perfect moment, take the moment and make it perfect.” and “You only live once, but if you work it right, once is enough.” Along the top of the wall, a line of portraits caught our eyes. Faces of Mother Teresa, Indira Gandhi, Amrita Shergili, Kiran Bodi and many more powerful women stared down at us, instantly ringing in a voice of female empowerment to the atmosphere.

As we walked through the halls of the school, girls of all ages, dressed neatly in their uniforms of yellow and green, peeked out of their classrooms, waving and greeting us with jovial hellos.

We visited a village near the school where PPES hosts a self-help group. Despite the pressing heat and the babies crying in their arms, the women in the circle stared intently at the PPES representative as he taught them to assess their personal economic stability and growth using rocks and a cloth with a printed target on it. Each ring of the target: green, yellow, and red, represented the woman’s progress over the recent days. She would assess her own progress and place a rock in the color accordingly. The representative described each color, asigning red to a loss of money, green to an increase etc. We watched in awe as these mostly illiterate women judiciously assessed their strengths and weaknesses. As they expressed their progressing economic independence, groups of young children and men in the community crowded around, peeking in to get a glimpse of the group of empowered women that had come together.

We concluded the day with a visit to the senior class at Pardada Pardadi. Each girl stood up, telling us her name and then her dream for the future. In that very room stood future doctors, actresses, athletes, teachers, lawyers, and artists. We asked them what their greatest challenges and many discussed their families’ views on higher education. They discussed the clashing between traditional ideas of marraige and educated women. These difficulties did not stunt their ambition, however.

“My family does not believe I can do it, because I am a girl, but I will prove them wrong.”

We saw great extremes that day. We saw women who covered their faces with fabric the instant that any man passed by. We saw girls whose parents refused to let them get loans for higher education at the chance that it might ruin their chances at a marraige. Yet each girl possessed ambition, given to them through education, that towered over the opression thrusted on them by the patriarchal nature of their communities.

The visit at Pardada Pardadi was the perfect beginning to our India trip. It left us with an undeniable sense of hope for these communities, and most importantly, proof in the power of a dream.

Next
Join Waitlist We will inform you when the product arrives in stock. Please leave your valid email address below.